Swimming with sharks in Cancun

Want to go swimming with sharks in Cancun?

Sounds terrifying, but it’s actually safe! These are not the predatory sharks that you imagine but whale sharks, which feed on plankton.  Here we will give you the insider info on this activity.

Swimming with sharks in Cancun can be one of the most exciting experiences you will have. In fact, in the past year, social media has been abuzz and it has emerged as a trending activity. This year we have seen more and more people trying it out.
To swim with the sharks you have to first travel to beautiful Cancun.

Cancun (derived from kaan kun) is known for its blue sea and whale shark tours. Cancun, in fact, has one the largest population of whale sharks which come for foraging during the months of May to September. These sharks are known as gentle giants and it is not uncommon to watch hundreds of them together.

If you are eager to try it out, do note that Mexico has new travel regulations to protect the whale shark. Whale sharks are an endangered species so the Mexican government’s environmental regulations are laid out to keep tourists and whales safe. The rules state that whale sharks should not be touched and a minimum distance has to be maintained. Strict action can be taken against those not following the rules, hence most guides repeat the rules at least thrice.

What exactly is a Whale shark?

Whale Shark is the largest fish and can reach up to 40 feet in length.

Law states that every tour operator has to have 2 trained tour guides who have undergone training. You can find many tour operators operating in and around Cancun. The cost can range from 150$ onwards to even 3000$.

It varies depending on what's provided, stays, travel, food.

While planning your tour, watch out for some of the aspects and terms as below :

Best times to sign up for Whale Shark Tours

The peak whale shark season is July to August. Whale sharks migrate towards Cancun in May as they follow the plankton. Make sure you sign up for a tour by June, Also advanced booking can save you up to 20% on Ticket fares.

What can you bring?

Tips to remember while swimming with the sharks

Select a tour operator who is eco-conscious.

Travel with smaller groups, some tours operate with overcrowded boats.
Ensure that your keep your distance and low-impact presence.

Holbox is an alternative eco-conscious and laid-back island from which you can go out on whale shark tours. It's near Cancun and might be suited for those who love idyllic locations and peace and quiet.

Do some research on the guides, some tour guides are trained by the Mexican national park system. Some tours like Nat Hub has naturalist guides who have been trained and are experts on whale sharks.

Experienced guides can also offer extra snorkeling support and help in the water so that you can enjoy the experience longer.

Can you swim with Shark in Cancun?

Is it okay to swim with Whale Sharks?

Yes, it is perfectly okay to swim with sharks and many people have had magical experiences with them. Their magnitude and presence can be overwhelming and an experience of a lifetime.

Can you be harmed by whale sharks?

No, you cannot be harmed by whale sharks. Whale sharks are filter feeders or suspension-feeding animals. They strain suspended matter and food particles present in the water. The only food which interests them is fish eggs, plankton, small fish, algae and krill. They have false teeth and can’t and won’t chew people.

Can kids swim with sharks?

Usually, tour operators will not allow kids below 6 years of age. If you plan to take your kids into the water make sure that they have experience with swimming in the ocean.

Training with snorkeling will be very helpful. There is a lot of travel time involved which can go up to 5 hours or more.

Winds, the speed of the boats, choppy waters and the fact that you are in the middle of the deep ocean can overwhelm a child.

Kids tend to get seasick, bored with travel and exhausted with the sun. This can cut your trip and experience short.

If your kids are strong swimmers then they can attempt entering the water. Typically you are made to sit on the boat edge and are expected to jump into the water quickly when whale sharks are spotted.

Kids might not be able to react and swim quickly.

If you are bringing your child along ensure they have a wet suit on. This is less bulky and easy to manage than a life vest which can go over the head in the water.

Why you should not touch Whale Sharks?

As per the IUCN Red List Whale Sharks are endangered species and their population is shrinking rapidly.

Added to this is the fact that even though a whale shark lives up to 100 years, not many baby whales survive contributing to their dwindling numbers.

Another reason whale sharks should not be touched is that they have sensitive skin. Touching the shark can disrupt the protective mucous layer on their skin. You can get a shark burn from the scales which are almost tooth-like and can sting.

Also as per law, you are supposed to maintain a distance and get in trouble with the law if you are too close.

They can get hurt and at the first sign of unease, they will dive deep down into the ocean. Additionally, they might end up fearing humans.
Should you pick a cheap tour?

Some operators might entice you with the lesser fare. Be wary of them as you might end up losing all money if they do not have the necessary license required as per law.

Where can you swim with sharks in Cancun? 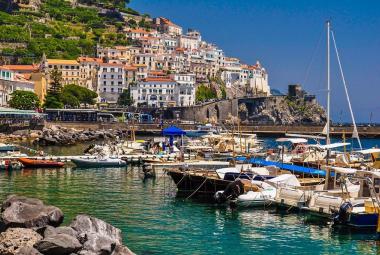 Cool things to do Yachts Aug 20 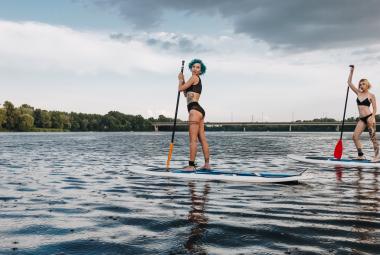 Cool things to do May 15 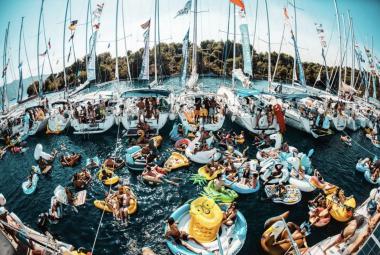 Cool things to do Unique Experiences Yachts May 09 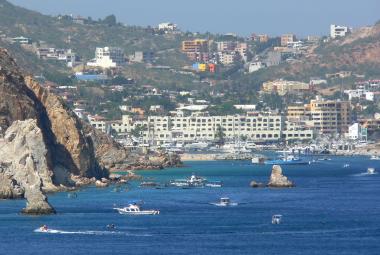 Things to do in Los Cabo

Cool things to do Apr 06 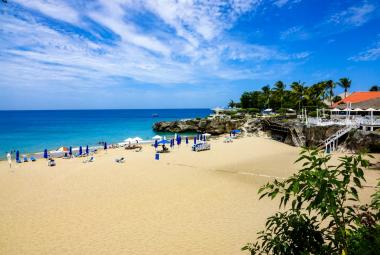 Cool things to do Feb 26